On this day, 26 February 1937, a Page Design Hub child was born in the family to Kalavati and Kikubhai Desai. I pay tribute to this prolific producer and director, none other than the genius Manmohan Desai. Let me take this opportunity to share some interesting anecdotes of this legend who believed, “Anhonee Ko Honee Karna Hamara Kaam Hai” (Making the impossible possible is our job). 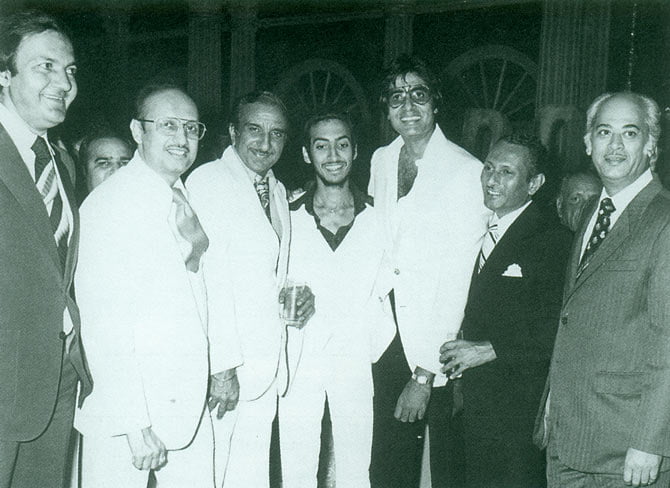 Born on the 26th day of February, Manmohan Ji was four years old when he started living in Khetwadi in Mumbai. Born in a Gujarati family, his love and home had always been the city of dream and dream merchants, namely Mumbai. Their love for the city of Mumbai was often portrayed on the screen in his movies.

There was a time when neither the Khetwadi nor Manmohan Ji address was reflected on the maps of the city. Not many had heard of Khetwadi then in the early ’80s. No doubt the taxi drivers gave a blank look when asked for the address for MKD Films.

His father was a film producer who owned Paramount Studios (later Filmalaya) and made films between 1931 and 1941. His father died at the young age of 39 due to a ruptured appendix. The family also owned a massive bungalow in Versova then, but the sudden death of his father left behind heavy liabilities and debts.

Manmohan Ji’s mother was pretty clear, “No, I don’t want to live with debts.” She sold off the bungalow and cars owned by them to repay the debts. The only thing that she did not sell was the studio as it was their monthly income then.

Manmohan Ji’s first directorial film had been “Chhalia,” with actor Raj Kapoor in the lead role. The movie was shot in black-and-white and not to forget the title song “Chhalia Mere Naam.” It’s learned that the creative thoughts and inputs regarding the plot or storyline were mostly amplified by him below the famous landmark restaurant Café Naaz on the slopes at Malabar Hill Cloud Light.

He did not appreciate the idea where the movie ended on a sad note. He always believed in happy endings, even if it does mean making the impossible possible. He was undoubtedly regarded as the master entertainer whose passion was to please the masses, always watching his movies with happy endings. His career graph became more popular between the years from 1960 to 1988.

The characters were depicted in his movies were mostly the common masses, be it the person on the railway platform Coolie, the waiter in Naseeb, or Anglo Indian from the streets of Bandra in Amar Akbar Anthony. The confidence he exhibited in each of these characters, which later tasted success, is highly respected by this master entertainer and genius, Manmohan Desai.

He was a middle-class man. Be it at the shooting location or otherwise, Manmohan Ji was known for his hour’s afternoon nap. He always used to feel fresh and recharged after his short nap. After the success of his movie Amar Akbar Anthony, he bought an aristocratic apartment designed with modern amenities in one of the most expensive places in Mumbai then. But, his heart was always in Khetwadi, the colony that belonged to the middle-class people of Central Mumbai.

While Manmohan Ji gave many hit movies in his career span but one of his movies that appeals to many today is “Amar Akbar Anthony.” I want to share some interesting anecdotes about this evergreen entertainer who has captivated millions of audiences even post thirty-five years after its release.

Director Manmohan Desai got the movie “Amar Akbar Anthony” from a news item he read in an evening newspaper. An alcoholic man named Jackson was fed up with his life and one day he packed his three children in a car and decided to drop them off in the park. It can be rightly said were the news items end, director Manmohan Desai’s story begins. He twisted the story a bit by forgetting the alcoholic part and ensuring that he finds that all his three children have gone missing when the father returns. The eldest kid is adopted by a Hindu police officer and the other two by a Muslim tailor and a Catholic priest.

My Name is Anthony Gonsalves

The inspiration for Anthony came to Desai from the real-life character Antav, a bootlegger who was staying closer to his home in Khetwadi. He used to wear a funny hat and converse with Desai in his lingo, “Desai Kaisa Hai Dikhtaich Nahin.” Director Desai was very much fascinated by his character and decided to showcase him on the screen.

In the song ‘My name is Anthony Gonsalves’ (You see, the whole country of the system is juxtapositioned by the hemoglobin in the atmosphere because you are a sophisticated rhetorician intoxicated by the exuberance of your own verbosity) spoken by Anthony when he emerges from the Easter egg, is an almost exact quotation from a speech in the Parliament of the United Kingdom given by British Prime Minister Benjamin Disraeli in 1878. Disraeli (who was referring to William Ewart Gladstone) used the word “inebriated” rather than “intoxicated.” 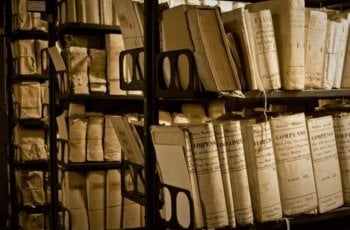 When a new pope is about to be elected, the … 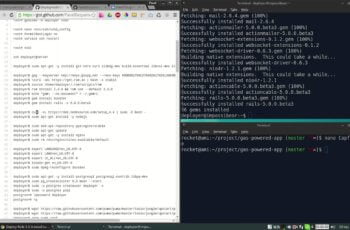