Gamers are ready for the year 2010! This year will prove to provide many quality games that are sure to keep you entertained for hours. I have included a list of top games of 2010. However, there are so many worthwhile games available that it would be impossible to include them all. 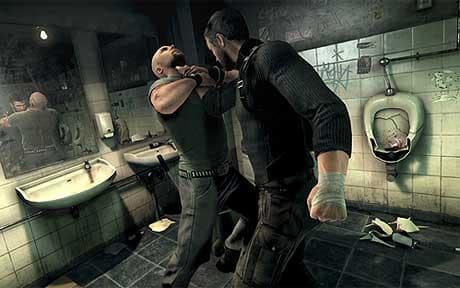 2K Marin developed Bio Shock 2 and will release it on February 9, 2010, for the Xbox 360, the PS3, and the PC. In this sequel, gamers can expect to find another impressive storyline, which takes place 10 years after the first game. Game Reviews say the Spear Gun is the most satisfying new tool.

Visceral Games created Dante’s Inferno, and its release date is set for February 9, 2010. Gamer’s get ready to experience a beastly adventure as Dante journeys through the nine circles of Hell.

Ubisoft created Splinter Cell: Conviction, where Sam is back and seeking revenge on his daughter’s killer. He is also investigating a conspiracy plotted against the president of the United States. Gamers can expect this exclusive Xbox 360 game to be released on February 23, 2010.

Capcom comes back with Lost Planet 2 for the Xbox 360 and the PS3. This sequel takes place 10 years after the first, but all the snow is melted so expect to game in a lush jungle environment. February 23, 2010, is the release date for this game.

Rebellion developed Aliens vs. Predator and will release the game in February 2010. This game is available on Xbox 360, PS3, and the PC. Gamers can play different campaigns in this game, including marine, predator, and alien campaigns. Game reviews tell gamers that each campaign average around four hours to complete.

Gamers will be able to enjoy Napoleon: Total War when it came out in February 2010. Creative Assembly developed this 1-player strategy game, although online, up to 8 gamers can play. This game is available on the PC, and according to a PC review, it has three campaigns available. Napoleon features better lighting, new weather effects, more detail on troops, and many more improvements.

Square Enix developed yet another Final Fantasy game, which will be released on March 9, 2010. Final Fantasy XIII has a new battle system that yields some of the fastest combat the series has seen yet. This game is available for the Xbox 360 and the PS3.

God of War III is the first game in the series that will be available on the PS3. PS3 reviews tell gamers to expect new weapons and capabilities. Gamers will appreciate the visually stimulating graphics that this game offer. Pick up your copy when it comes out in March of 2010.

Go on an adventure in the wild west by playing the role of John Marston in Red Dead Redemption. Experience the adventures of bank robbing, train hijacking, and gun-slinging as you play this game. The game will be out on April 27, 2010, and was developed by Rockstar Games.

Play the psychological thriller Alan Wake, which is available on the Xbox 360. Remedy Entertainment developed this game, and it is expected to be released in the first quarter of 2010.

Wii reviews say that Red Steel 2 will require Wii Motion Plus and guarantees a more precise 1:1 control scheme. With its new storyline, this game will be released in the first quarter of 2010 and was developed by Ubisoft Paris.

Quantic Dream developed Heavy Rain with a whole new style than other games. The gamer will experience real-life day-to-day events while playing this game and also real-life emotions. This game will be released in the first quarter of 2010.

Treasure developed the game Sin and Punishment 2, and it is expected to come out in the first quarter of 2010. Wii reviews tell gamers to expect intuitive Wii remote pointing to control sword-swinging and shooting.

PSP reviews tell gamers about the game Metal Gear Solid: Peace Walker. This sequel to Metal Gear Solid 3 was developed by Kojima Productions and released on May 25, 2010.

Prince of Persia: The Forgotten Sands

Ubisoft developed the game Prince of Persia: The Forgotten Sands, which will release in May of 2010. This game will coincide with the major motion picture Prince of Persia. Game reviews tell gamers to expect wall-to-wall jumping as the story continues after the original.

Starcraft II was developed by Blizzard Entertainment and will be released in the second quarter of 2010. This PC game will be in the form of three separate chapters.

Team Ninja will be releasing Metroid: Other M in 2010. This game is a 2D/3D hybrid game that is separate from the Metroid Prime series. Wii reviews say the game will be both first and third-person action.

Nintendo will release Super Mario Galaxy 2 in 2010. Go on adventures with Mario to different planets and experience the joys of the Wii.

Ubisoft Shanghai developed I Am Alive for the Xbox 360, the PS3, and the PC. In this game, the gamer will experience being a survivor of a massive citywide disaster.

Game reviews say that Mafia II will have many improvements since the original and will be released in 2010. This game takes place in the 1940s and ’50s, and the gamer will experience the life of organized crime.

Castlevania: Lords of Shadow will be available for the Xbox 360 and the PS3. Mercury Steam developed this game, and it will release in 2010. Gamers will be happy to know Alucard will return in this game.

PC gamers will be happy to release Star Wars: The Old Republic by BioWare and LucasArts. This game will provide a massive multi-player online role-playing experience.

Blizzard Entertainment will release World of Warcraft: Cataclysm in 2010. This popular online role-playing game will have an expansion pack that is sure to please PC gamers.

Rockstar Games developed Max Payne 3 for the Xbox 360, the PS3, and the PC. This sequel is expected to release in the year 2010, several years after the last Max Payne.

PS3 game ModNation Racers is sure to please all gamers who play. This game allows creativity with character customization and go-cart track design. Gamers can use their imagination as they create and build their own courses. This game was designed by United Front Games and will be released in 2010.

Halo: Reach is a prequel to the hit series’ Halo and was developed by Bungie. This anticipated game will be out in the fall of 2010 for the Xbox 360. Gamers will like this 1-player action-style game with new weapons like a sniper rifle, a needle rifle, and the Falcon helicopter.

Developer Ruffian Games will release Crackdown 2 in 2010. This is a 1-player action game or 16-player online game for the Xbox 360. This game has new vehicles, including the buggy, the truck, and the supercar. Crackdown 2 also introduces new weapons like the rocket launcher, the UV shotgun, and the turreted minigun. 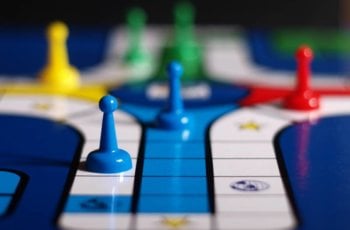 We probably all have a pretty good intuitive notion of … 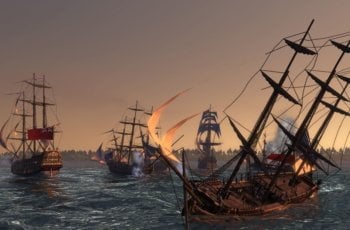 As we prepare for the Being Mad  coming wave of …