Coaches have an important role in any sport, especially cricket. They are essentially responsible for making sure that a player performs to the best of their potential. They are responsible for analyzing a player’s performance, giving the right feedback, and encouraging them to improve their skills. This could not be more true for the global sport of cricket.

One of the biggest spectacles of cricket in the world is the Indian Premier League. The annual tournament is a showcase of the best cricketers in the world. However, what makes these players even better are their coaches. Here is a look into the coaches of IPL teams:

One of the most popular teams in the league is a former New Zealand cricket team captain, Stephen Fleming. In 2008, Fleming was a part of the Chennai Super Kings squad as an opening batsman. Adding to the list of players turned coaches, Australian legend Michael Hussey is the batting coach of CSK. During his time as a batsman for CSK, he has been awarded the Orange Cap. As a bowling coach, CSK has renowned Indian cricket team bowler Lakshmipathy Balaji. He holds the distinction of being the first bowler to score a hat trick in the IPL T20.

Former Australian all-rounder Simon Katich heads the Royal Challengers Bangalore coaching team. He has played 56 Tests, 45 ODIs, and three T20Is as a part of the Australian cricket team. Sridharan Sriram does the coaching for batting and spin bowling. He has been part of the Indian cricket team for eight ODI matches. Adam Griffith serves as the bowling coach and has 50 first-class matches, 54 List-A games, and 12 T20s under his belt. The fielding coaching is headed by Malolan Rangarajan that also does the job of a talent scout.

The head coach of Sunrisers Hyderabad is the former New South Wales batsman Trevor Bayliss. While he never had the opportunity to play international cricket, he has a great record in coaching. One such example is his stint as the Sri Lankan cricket team coach between 2007 and 2011. Instead of a batting coach, Sunrisers Hyderabad has Indian cricket legend VVS Laxman as their batting mentor. Similarly, instead of a bowling coach, they have a bowling mentor in former Sri Lankan spinner Muttiah Murlidharan.

In the previous installment of the tournament, former Australian all-rounder Andrew McDonald has done head coach’s job for the Rajasthan Royals. However, the franchise is yet to name a head coach for the 2021 installment of VIVO IPL. The team will play former Sri Lankan Batsman Kumar Sangakkara as the Director of Cricket Operations. Additionally, former Australian bowler Shane Warne will serve as the team’s mentor.

Brendon McCullum has been a former member of the Kolkata Knight Riders squad. Now the former New Zealand captain acts as the head coach for the KKR. McCullum also advises the team as the batting coach as one of the most successful batsmen in New Zealand. As their bowling coach, KKR has another New Zealand player, Kyle Mills as their bowling coach. He has represented his country as a fast bowler in 19 Tests, 170 ODIs, and 42 T20Is.

The IPL cricket tournament, Mumbai Indian, has former Sri Lankan captain Mahela Jayawardene as their head coach. As a batting coach, the team has Indian cricketer Robin Singh to guide them. He has been a part of the Indian cricket team for one Test and 136 ODI matches. Former New Zealand fast bowler Shane Bond coaches the Mumbai Indians team in bowling.

Often considered best cricket captain, former Australian skipper Ricky Ponting works as the head coach for the Delhi Capitals. Similar to last year, Delhi Capitals have not yet announced a batting coach. Hence, one can only assume that the department will be handled by Ricky Ponting as well. 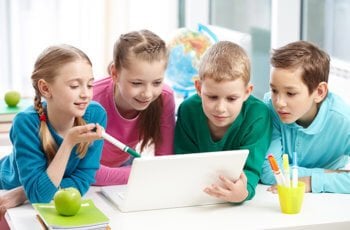 The “Wikipedia problem Blogging Kit,” which means children turning to … 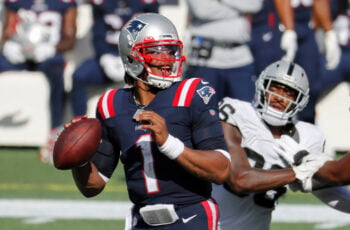