Home
Education
Sex Education: Its Importance and Need in the Society

Sex education, as the term clearly indicates, refers to education that is based on human sexual behavior. Parents, schools, or caretakers offer it in some parts of the world to educate the children who are stepping into adolescence. If formally received, sex education is either taught as a full course at high school or junior high school level or in biology, health, home economics classes. Teaching sex education is rather a controversial issue; debates have been going on for several decades, discussing if it should be taught formally in schools or not. Sex education in schools should exist without any doubts and apprehensions as it offers many benefits.

Adolescence is called the “age of storm and stress.” Young teenagers, during this phase of life, are under deep psychological pressure. Mainly, this psychological pressure results from one’s growing sexual needs and the biological changes and hormonal effects on the individuals. During this time, most of the children are observed to become easily irritable. They find it difficult in most situations to deal with family members. They might not want to talk to them about the natural changes in their body and mind.

In such circumstances, one highly suitable option is the teachers who can teach them to control their urges until a proper age. In schools, trained teachers would help the students to know how to deal with their sexual impulses. Parents or other entities can not replace this role. A classroom discussion and lesson would make them feel it is natural, and they would also feel that someone is understanding them. However, taking them individually to psychologists or other trained educators would not help. In such a situation, they might consider themselves different and misunderstood by family and people around them. Therefore, it becomes crystal clear that the best way to offer sex education is always to do enjoy life.

It is a psychological phenomenon that children at a young age are under immense peer pressure. Something that they learn in the class with their peer group makes a better impression on their minds than otherwise. They are more focused on the lessons that teachers offer and are more eager to ask questions to clear their ambiguities. They might feel embarrassed and uneasy questioning their parents about it, but it always differs in the case of the teacher in the class. This is because everyone in the class is going through the same stage. A class discussion becomes a healthy source of learning as it helps enhance the knowledge on the subject.

Many people advocate that sex education should only be restricted to families; that is, parents should personally educate their children. This view is totally illogical and holds complications and questions. The first point is that not all the parents would be willing to do it or would be able to do it. There could be many possible problems in the families, so they might not be able to take the role of a teacher in educating their children regarding sex. Secondly, this education needs a proper channel through which it should reach its required learners. The demand for annulment of sex education from the schools is highly conservative.

Most importantly, there are many single parents; how would they take up this challenge of educating their children on their own? Parents can not properly educate their children about sex because they lack details that qualified sex educators convey in schools. Thus, the stance of abolishing sex education in school is not a favorable thought. In many observed cases where parents or children are embarrassed about talking over sexual matters with each other, it is most likely to be an uneasy situation at both ends. This keeps the children from learning the answers to the questions they might have in their minds. This can be a great flaw of shifting the duty of sexual education from teachers to the parents. It will leave the children only half or less educated about the issue, and as they say, “Little knowledge is a dangerous thing,” this might end up in grave situations.

According to research, most parents also feel uneasy because they know that they are not equipped to provide apt sexual information to their children. They also fail to comprehend what details and information should be concealed and revealed, keeping in mind their children’s age. On the other hand, there might also be parents who would feel comfortable talking to their children about sexual matters, but only when the children bring the matter up.

Most parents worldwide may also lack role models to look up to as they would not have talked over sexual issues with their own parents in their adolescence. This makes them inefficient to trigger their roles of educating their children effectively as the assigned teachers can do in schools.

Sex education is not limited to only a single branch of knowledge. This education focuses on several significant sexual matters that are offered with especially designed courses and programs. Sex education covers the education of relationships, sexual abstinence at a certain level, and teaching to practice safe sex to the level of children thought to be sexually active. Therefore, its claim for being appropriate and guiding holds a strong base.

At a certain age of adolescence, growing children have problems facing relationships and controlling their personal emotions. Conflicts related to such matters persuade many youngsters to commit suicide or take part in other immoral activities. This argument strongly shows the immense benefit of sex education in schools. Proper sex education in schools also concentrates on making the youngsters emotionally stronger and educating ways to cope with relationship problems.

Sex education is an important health strategy, and this cannot be denied. AIDS and other sexually transmitted diseases can only be controlled if people are aware of precautions and have vast knowledge in this case. This knowledge is conveyed through sex education. If sex education is banned in schools and if parents have to educate their children, then it would not be as beneficial to the individuals and the soy on teaching in school could be.

Sex education does not exist in all parts of the world. Asians are commonly regarded as conservative when compared to westerners. It is not a part of their course in schools; this does not mean that their teenage pregnancy rate is any lower if they are not exposed to sexual matters openly. In fact, this is one way how peers can mislead most of the youngsters and persuade them to bask in young age sexual relationships without any attempts for safety. This has resulted in serious problems such as the spread of fatal diseases like AIDS and increased the rate of illegitimate births.

Researches have shown that the cause for ramification of STDs (sexually transmitted diseases) in the 80s and 90s in the US and the UK is the lack of knowledge and information provided about sex in schools or home. Home and family never has and will never play an integral part in conveying sex education to teenagers. Therefore, relying on the option of the home is to deceive yourself from the expected exigency in the future. 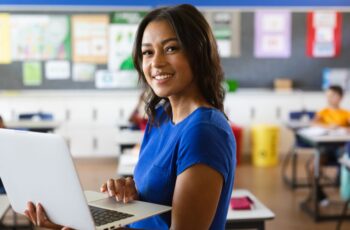 Language Lesson For A Living Education.The best way to make … 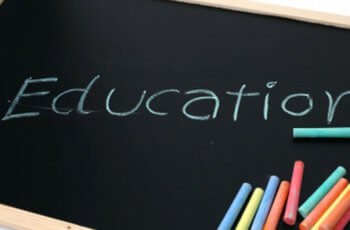 Institutions of education, and the system of which they are …