Home
Other
The Other Half

For those of you who are looking for a ‘Humsafar (partner) who is fond of the same travel destinations, same eateries, same movies, same music, same wall hangings, same TV channels or has the same sense of humour, same honeymoon plans, practically same everything, and are struggling to find one, may God bless you with a similar partner, maybe a clone. Obviously, of the opposite gender.

Here, I am talking specifically about a gentleman who was known in our locality as ‘Banku-Kaku’ or Banku Uncle. If you don’t manage to have much information about Kolkata’s suburb culture, all the grown-up men here are either Kaku (Chacha or paternal uncle) or Jethu (Tau or elder paternal uncle). No one will entertain you if called Mama (maternal uncle), and God knows why. Anyway, this dehydrated Banku Kaku and his little overweight wife Chumki Masi had probably nothing in common. They were definitely not ‘the same, and both of them were ashamed not to be ‘the same. Probably their marriage was the biggest accident after Titanic. By the way, the intelligent reader would have already guessed that for the same unknown reason, all the women would be called Masi (Mouse or maternal aunt) and not Pisi (Bua or paternal aunt).

When I got my first job, this ‘Kaku-Masi’ couple invited me for dinner on a Sunday evening. From what I remember, the evening was memorable. On that argumentative evening, I understood how difficult it is to become a judge. For every single issue, both of them used to look at me for support with two pairs of ruthlessly intense eyes why Jyoti Basu doesn’t smile, why bedrooms should always have white walls, why Banku Kaku’s boss is not a gentleman, and more – The topics were gushing down like an avalanche.

I finally understood why they had decided to invite me. There were hundreds and thousands of pending undecided issues in their lives, and they had never found a patient listener who could give a judgement. I realized they were enjoying this bi-polarization, and it kept them alive. Kaku was undisciplined to the core and Masi was most meticulous. Kaku was an uncontrollable spendthrift while Masi was miserly. Kaku was a communist and Masi was a follower of Loknath Baba.

I’m sure, till today they are still arguing, be it a romantic winter evening, a sultry summer noon, a flowery autumn morning or a rainy night. They never thought of separation because they are inseparable like light and shadow. They kept the balance of their family-boat by rowing it in two opposite directions. They were not enemies, they were just complementary to each other.

I was so influenced by this bi-polar couple that when I started searching for a partner for myself, I never looked for a cultural-clone. As in our socio-political system, flags of different opinions keep India going, the complementary thinking pattern of a couple makes a family vibrant and balanced. Of course, you have to be democratic enough to respect the opposition’s voice. Be a dictator and there will be an uneasy calm in your house.

Many couples I know separated departments amongst themselves. For major external issues, the husband had the last word and for domestic issues like where to go, whom to invite, what to buy etc. the wife had the last word. They were also happy. In your case, the best suggestion I can make is – Choose your own 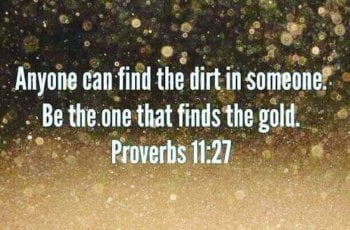 Everyone thinks they know what they want in life, e.g., … 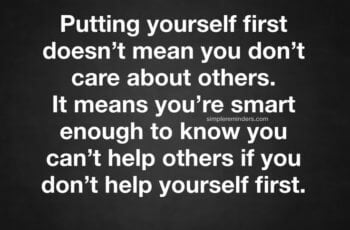 If you aspire to be a writer but have not …