Facebook games have shown a lot of popularity during the past year. As Facebook adds more games to its already huge entertainment menu, you may be wondering which games are the best and most fun to play. This article will give separate game reviews for each of the twenty-five tops Facebook games for 2010.

To start the Facebook Game reviews, we will begin by looking at the number one game on Facebook called FarmVille. FarmVille, which Zynga makes, currently has approximately 73,800,000 monthly users and is growing steadily. FarmVille is a game in which you can become a farmer. FarmVille allows you to interact with your friends and even become neighbors with them. Basically, you will do everything a farmer does while playing FarmVille. Planting, plowing, harvesting, and growing a successful farm. Just make sure when playing this game that you harvest your plants on time. Different plants have different times for harvesting, and if you don’t harvest in time, the plants will die. By taking care of your farm, you will get more points and go up in level.

Birthday Cards holds the place of the second most popular game of 2010. Birthday Cards is made by RockYou and has approximately 32,000,000 users per month. When using the Birthday Cards game, you can customize and send free cards, use a birthday calendar, have a personal birthday list and personal reminders. The game also allows you to start your own birthday zoo. This is popular for those who want to remember their friend’s birthdays and send cards on Facebook.

The third most popular game on Facebook is Café World which Zynga makes. Café World has approximately 31,000,000 active users per month. Café world is a fun game to play if you ever dreamed of owning your own restaurant. When playing this game, you can cook, bake sauté and make anything you want when playing Café World. When playing Café World, you are the cook and the restaurant owner; therefore, you must hire servers. When hiring a server on Café World, you can select one of your Facebook friends. Make sure always to have plenty of food ready for your guests.

The fifth most popular game on Facebook is FishVille which Zynga makes. FishVille has approximately 24,000,000 active users per month. FishVille is very similar to Happy Aquarium, in which you set up your own fish tank and care for the fish. When you’re done raising your fish, you can sell them for coins and points. Like Happy Aquarium, you will maintain your fish tank, or your poor creatures will die.

The sixth most popular game on Facebook is Mafia Wars which Zynga makes. Mafia Wars has approximately 24,000,000 active users per month. The goal of playing Mafia Wars is to grow your Mafia family. This can be done by inviting your Facebook friends to join you at Mafia Wars. Another goal is to increase your group’s wealth and supply your friends with weapons. What it comes down to is whoever has the biggest and the strongest Mafia is the group that comes out on top.

The ninth most popular game on Facebook is Petville which Zynga makes. Petville has approximately 17,000,000 active users per month. This is another adorable pet lover’s game. When playing this game, you will take care of your own pet. When you first become a player of Petville, you will be asked to create your own pet. The options are endless, and the result is an adorable virtual pet. The goal is to keep your pet clean, well-fed, walked, and loved. This, in turn, will create a happy Petville pet for you. This game is very similar to Playfish’s Pet Society and other pet-based games.

The tenth most popular game on Facebook is YoVille which Zynga makes. YoVille has approximately 17,000,000 active users per month. When playing YoVille, you will be living virtual life. This game is pretty similar to the extremely popular Sims game for personal computers. While playing YoVille, you will be building a virtual life. When playing, you can work, socialize, decorate your house, or do anything else you may desire. This is a fun game for those who like the escape of a virtual world. 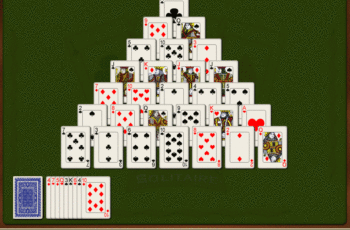 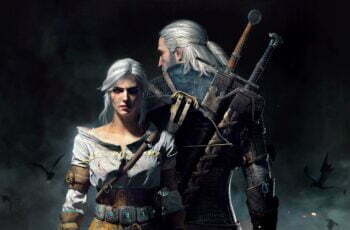